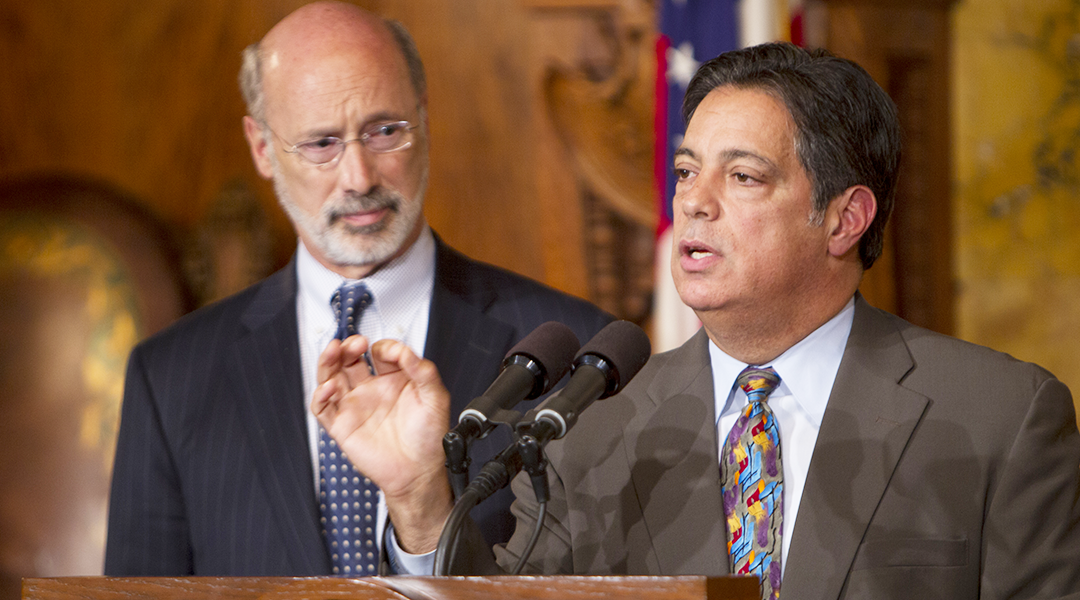 “The governor’s action today will hopefully force House Republican lawmakers back to Harrisburg to finish work on a responsible spending plan. Legislators need to return to business and work toward the passage of the $30.8 billion budget framework agreement.

“The House Republican budget was $500 million out of balance. It does not address the $1.3 billion structural deficit that has hobbled state government and simply continued Corbett-type budgeting for another year. After the House Republicans walked away from a responsible budget plan last week, the governor had few options.

“The governor’s release of six-months of emergency funding for schools and human service programs pushes money to schools and programs that are confronted by serious financial challenges.”

“The purposeful decision of House Republicans to repeatedly stonewall the agreed-to framework budget has left Pennsylvania’s school system on the brink of collapse, so I applaud the governor’s decision to approve emergency funding for school districts throughout the commonwealth.

“Our schools have gone above the call of duty to keep their doors open. They cannot continue to do that, nor should we allow that to happen.

“Pennsylvania’s financial situation remains an urgent one despite the governor’s action today. Members of the House GOP need to get back to Harrisburg as quickly as they left and approve the agreed-to framework 2015-2016 budget because this is short-term help. Schools will close if the leadership in this lone caucus continues its bad behavior.”

“The organizations that operate in the shadows of Pennsylvania life are closing their doors because of House Republicans are willfully and callously ignoring their plight.

“Our human service agencies needed a relief valve from the unfair financial burden being placed on them by one of the four legislative caucuses, and Gov. Wolf rightly gave it to them.”