Senators Costa and Hughes Issue Statements on Debate Over Whether to Spend or Sit on Billions in Surplus Budget: “We Can Do Both!” 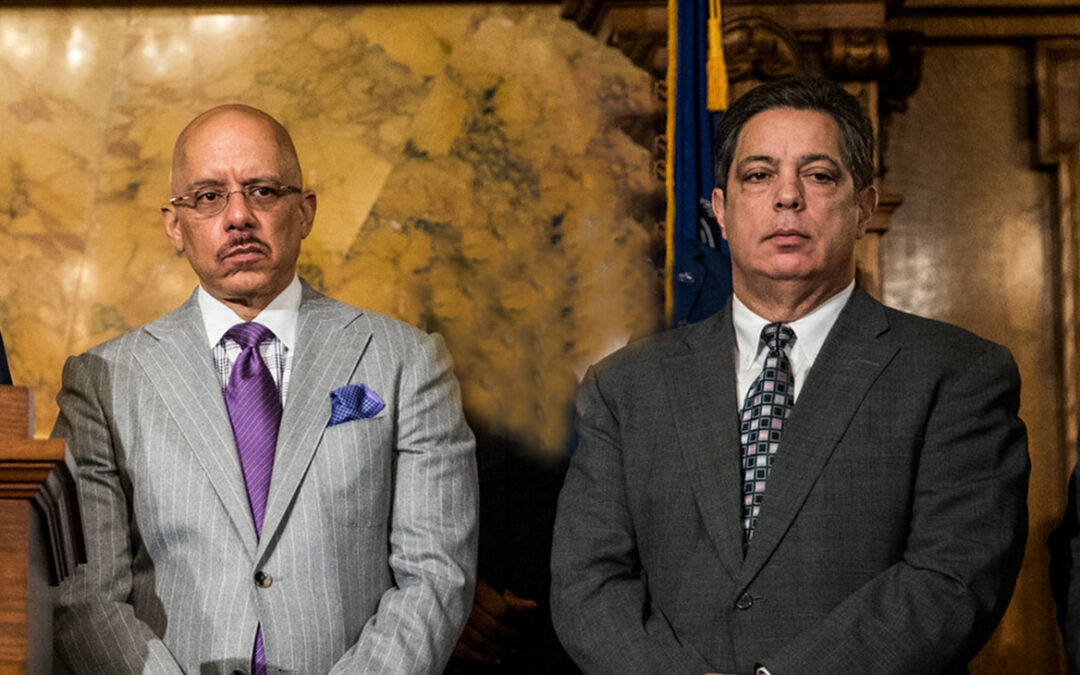 While State Republicans have expressed disinterest in using excess budget to fund tax cuts and education funding, saying they’d prefer to put the money in the commonwealth’s Rainy Day Fund, Sen. Costa and Sen. Hughes are calling for historic investments to help PA families and address issues Republicans have ignored for far too long.

“Pennsylvania has $2.8 billion sitting in the Rainy Day Fund and $2.2 billion in unspent American Rescue Plan funds sitting in the State Treasury. And by June 30, it’s estimated that we will have almost $9 billion in extra revenue on hand. That’s billions of dollars that can be used to make generational investments in education that could allow local school districts to lower property taxes and a cut to the Corporate Net Income Tax to bolster businesses.

I hear my Republican colleagues say it would be fiscally irresponsible to use this money to better the lives of Pennsylvanians. They’ve said these funds would be better saved for a rainy day. That’s not entirely true- Republicans are laying out a false choice. We can do both! We can use the surplus budget to better schools for both students and teachers. We can use these extra funds to cut taxes for businesses, making it more viable for companies to thrive in the commonwealth and attractive for both large and small businesses to set up shop in Pennsylvania. We can put the money we have, right now, into the pockets of Pennsylvanians. We can spend a portion of the money for these investments and still have billions for the Rainy Day Fund.

As we start to enter budget negotiations, I’d ask state Republicans to explain why we wouldn’t take advantage of this win-win scenario. In my opinion, we can’t afford not to.”

“We have a once-in-a-lifetime opportunity to invest in Pennsylvania and put money back into the pockets of taxpayers.

I’ve looked at current revenue, projections for the rest of the year, and forecasts for years to come, and I’m energized about the strong financial foundation we’ve built. I’m excited to see Pennsylvania have such a strong financial footing, but I’m more excited to have the opportunity to make a real difference in the lives of Pennsylvanians. We have billions already in our Rainy Day Fund and billions available to invest in toxic schools, cut school property tax, fund anti-violence programs, cut business taxes, make investments in higher education and efforts to cut student loan debt, build more housing to increase inventory and lower overall home costs, and put $2,000 in people’s pockets. There are so many possibilities!

One of our biggest responsibilities as lawmakers is to use taxpayer money wisely and to the benefit of the taxpayers. Yet, budget negotiations haven’t even started yet and I’m hearing from Republicans it would be irresponsible to invest this money in the people. How about: it’s irresponsible to hoard the money.

The beauty of our current fiscal situation is we can make investments that will have real effects on the lives of Pennsylvanians and maintain a strong Rainy Day fund. We can do both! Let’s not play politics at a time when there are so many ways we can impact our taxpayers, our hardworking constituents who deserve to be priority number one as we negotiate next year’s budget.

To my Republican colleagues, this does not need to be a bipartisan issue. Let’s agree to put the people first and responsibly allocate funds. We can do both, all we need are willing partners.”

Total General Fund collections for this fiscal year so far come to $40.7 billion for the Commonwealth, which is 12.4% percent higher than projected. In addition, Pennsylvania revenue collections have met or exceeded estimates for 15 months in a row. And over the past seven years, revenues have grown steadily by $1.3 billion to $1.4 billion a year. Forecasts from nationally recognized economic forecasting firms Moody’s Analytics and HIS Markit project continued, steady revenue growth for the commonwealth over the coming years.