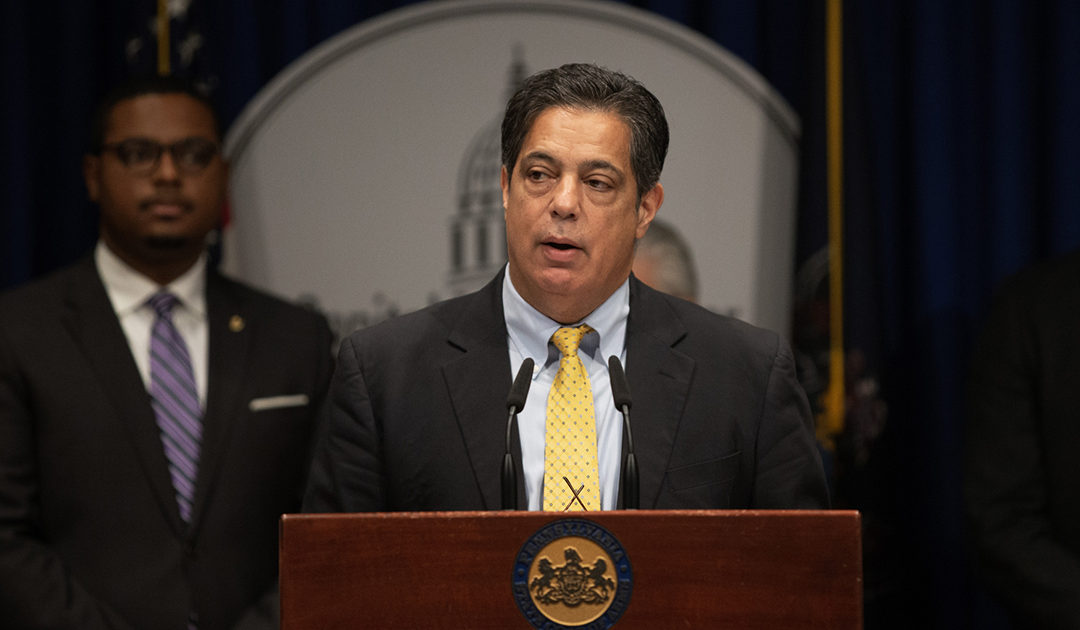 “Recent events have shown that we are at a crossroads in how we manage and interact with our police officers,” said Senator Costa. “We need to do more to improve the training, quality and support of officers. But our improvements need to extend beyond police departments and into communities. I believe the package of bills we are working on can do that.”

“We need to find ways to improve the level of trust and cooperation between citizens and police officers on a broad range of matters such as the use of force, diversity education, oversight and community relations,” said Senator Fontana. “This package of reform legislation is a step in the right direction in addressing these issues.”

“Exploring new ways to improve police services is extremely important,” Senator Brewster said.  “Allowing municipalities to pursue voluntary and consensual police mergers — provided there are incentives to smooth the transition while ensuring citizen safety is not compromised– is a viable approach to addressing local police issues. These efforts, combined with other measures I have offered such as increasing pay for part-time police and changing the board composition of the Municipal Police Officers Education and Training Commission to better reflect local policing, are important improvements that need to be acted upon.”

“Our criminal system is meant to be impartial and for prosecutors to discharge their duties free of personal or professional conflicts. However, in certain circumstances, there is the appearance of conflict that can lead the public to believe that justice is not being dispensed fairly,” said Senator Haywood. “My legislation, SB400, co-sponsored by Senators Leach, Costa, and Hughes would take the review the deadly force incident by police officers out of the hands of the attorney general and into the hands of a special prosecutor. This bill is not designed to punish law enforcement but to provide a neutral party to review the case when death has been caused by an officer.”

“  We are all deeply saddened and disturbed by the tragic and avoidable shooting of a young man, Antwon Rose Jr; no family should have to endure this type of loss. Two different departments already terminated this officer and there was documented evidence he was unfit to serve,” said Senator Street. This is why I plan to sponsor legislation that would mandate intelligence and information sharing among departments in the hiring of officers. While this is a reality in many jurisdictions , we must ensure that this standard is maintained across The commonwealth. every family should receive equal protection and every officer should know that the man or woman next to them is qualified to serve.”

“Since the tragic shooting death of Antwon Rose in June, my colleagues and I have worked tirelessly to address and provide solutions to police shootings and violence,” said Rep. Wheatley. “Our initiatives center on a three-prong approach including an overhaul of police management, more community inclusion and a better response to police shootings. I’m asking other lawmakers to join us in support of our legislation.”

“This is not to point the finger at or place blame on anyone, but rather to start an honest conversation about how we improve police community relations,” said Rep. Gainey. “We know that we have many great police officers; we also know that we have some bad actors within the organization, just as we do in all other professions.  We need to work together and move forward together.”

“I can’t think of many other relationships as important to the unity and safety of our community than the one between police and citizens,” Rep. Davis said. “We have seen the devastating consequences when there is a breakdown in that relationship. I’m hopeful that the work I’ve been doing with my colleagues to draft legislation on police management and community relations will be a crucial step in the right direction. We need to ensure that police can continue in their mission to protect and serve, while citizens can feel confident in their ability to trust and support police actions.”

“The time has long since passed that we modernize policing and criminal justice in Pennsylvania,” said Rep. Miller. “By underfunding drug treatment, mental health, and our schools we have dumped a ridiculous amount of societal problems on their desks while giving them a woefully outdated playbook. We must do better, and working with law enforcement is key to raising standards across the board. We must ensure professionalism and accountability while eliminating the historically discriminatory impact of our criminal justice system on communities of color and on people of limited economic means.”